Home / Articles / Why You Should Not Accept a Counteroffer

Why You Should Not Accept a Counteroffer 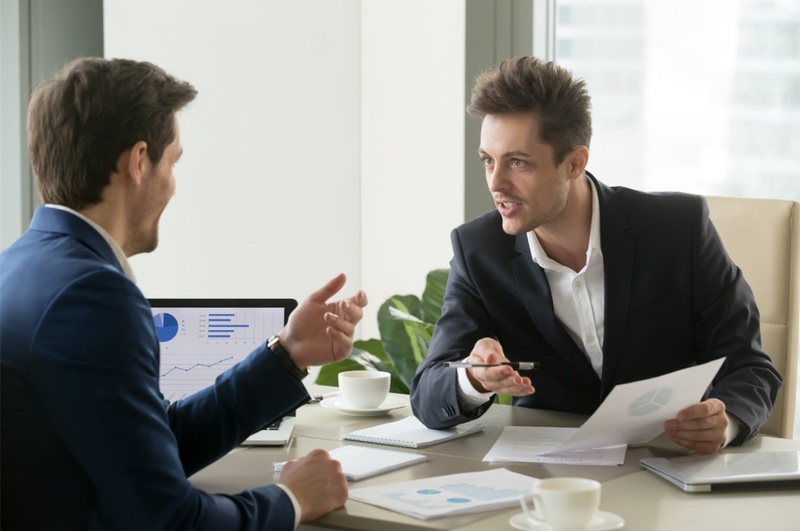 In a 2019 survey conducted amongst 700 senior executives and Human Resource officers in the United States, approximately 40 percent of respondents agreed that accepting a counteroffer from your current employer would negatively impact your career.

Also, in a separate report, an overwhelming majority of 80 percent of workers who accepted a counteroffer tend to quit within half a year and 90 percent actually leave their jobs in the same year.

The above statistics seem to tell us that accepting a counteroffer from your current employer (if you decide to leave for another job) is usually unwise. Here’s why.

Approximately 80 percent of senior executives and 60 percent of HR professionals cited diminished trust and compromised reputation among the executives and board members in the current company as top reasons for why we should not accept counteroffers. 71% of senior executives and 67 percent of HR leaders also shared that your current bosses would question your loyalty going forward even after you have decided to stay with the counteroffer.
Your superiors may feel blackmailed and other colleagues may also feel resentful towards you for receiving “special treatment” in the form of a counteroffer. Your reputation outside of the company may also suffer when you renege on an accepted offer from another company.

Some employees also end up feeling “pushed out” in their current company as companies will start looking for someone else to replace their position after you accept the counteroffer.

2. You are unlikely to stay for the long term even after accepting the counteroffer

What was the reason why you decided to look for a new job? Contrary to popular belief, only 12 percent of employees leave due to money. Most workers leave due to disengagement, feeling unappreciated, or being restricted due to lack of autonomy or flexibility. You might have brought up these issues with your current superiors but your concerns were probably ignored or glossed over. Do you think such issues will be magically resolved after you accept the counteroffer?

Of course not. Counteroffers do not work 95 percent of the time as workers who wish to quit would eventually leave within a year or two, as observed by leading senior executives who have extended counteroffers in their organisations before.

3. The counteroffer is usually not in your best interests

If an employee is critical to the company, the organisation would usually do anything it can to persuade him/her to stay, even though it may not be in the best interest of the employee. Approximately 60 percent of hiring managers feel that any employee can be replaced and 45 percent view counteroffers as a short-term measure for a long-term issue. For those managers who use counteroffers as a retention tool, 37 percent reported that extending such offers set negative precedents while another 34% said that employee trust is eroded.

Your boss may ask you how much the other company is offering you, and start an “auction process”. This inevitably becomes material enticement rather than genuine career development. In some extreme cases, the counteroffer may backfire. For example, you may be enticed with extra bonuses or promotions after a big project is completed entirely. After you have accepted this counteroffer, your boss may decide to still fire you after you have completed your portion of the project, leaving you with no promotion, no bonus, and no job.

What you should do before it even comes to whether or not you should accept a counteroffer
It is best to discuss with a trusted mentor who can help you work through your issues and concerns at work before even considering looking for a new job.
Have an honest discussion with your boss about the pros and cons of staying in your current role or perhaps adjusting your work responsibilities to align with your interest and competencies.
If your boss responds unfavorably to such constructive discussions regarding your career development within the company, it may also be a sign that both of you do not share a healthy working relationship. In that case, you may need to take this into consideration as you seek opportunities for your career planning.

Have you received a counteroffer before? What are the factors that determine whether you leave or stay in the company?