How to attract mid career workers 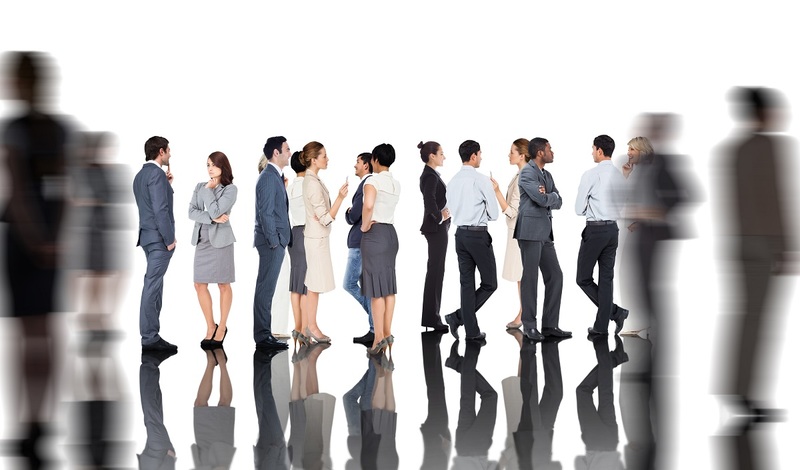 So far, we have written a few articles about hiring fresh graduates. However, all available metrics - from job vacancy rate, unemployment rate, retrenchment rate, and many more- point to the labour market shifting evermore towards the supply side, i.e., job seekers and employees will have more bargaining power.

In his mayday rally speech, Prime Minister lee Hsieng Loong emphasised the importance of firms redirecting their strategies to be more worker-centric and that such firms will do well in the coming future. Therefore, this article is a guide we hope to serve to your benefit in making the transition into a worker-centric employer so that you can navigate this supply-side labour market and be well-positioned to ride out the foretold recession.

However, especially with a potential recession on the horizon brought on by the increase in US interest rate hike, the ongoing Russian invasion of Ukraine, and hiccups in the global supply chain brought forth by China's zero-Covid policy fallouts, companies big and small need to minimise the risk they are exposed too - a significant risk being the possibility of employee exodus resulting in a decrease in productivity, loss of human capital, and the lost opportunity cost spent on looking for someone to fill the role back in and training them.

Our goal at Reeracoen is to serve our clientele by providing the service of manpower search to help mitigate the opportunity mentioned above cost. Therefore, while it is beneficial for us to be approached for filling up a replacement position, our end goal is to provide a quality candidate who can help boost the company's operations and profits and who will, in turn, grow and expand the business, thus requiring more manpower and engaging our service to fill in the new opening position. This bilateral-symbiotic relationship is what we hope to achieve here at Reeracoen Singapore.

Why the budget needs to be higher
The March Consumer Price Index in Singapore has risen by 5.4% Year-on-Year, with the Monetary Association of Singapore forecasting a more significant rise. HDB rental index has risen from 130.9 before e the pandemic to 150.6 in Q3 of 2021 (a 15% increase), and the increase in interest rate influenced by the US FED's decision will tighten the wallet of many average Singaporeans and their households. Furthermore, the internet forums allowing people to understand the developing situation, such as America's Unionising efforts, have influenced the group consciousness of the workers to desire a higher pay. This is on top of the-up frustration of Singapore often being reported as the second most overworked city in the world with an average of eight overtime hours per week (ADP, 2022) that goes unpaid as it is not covered by the Part 4 of the employment act.

In the same report by ADP, they found that six out of ten workers in Singapore plan to ask for a raise within the next 12 months, five in expect to receive a raise, and four in ten also expect to receive a bonus. While only three in expect a promotion or increase in responsibility. One reason for the disparity between the first and the last points to the result of workers coming to understand the concept of real-wage growth. The amount of raise minus the inflation rate; a raise below the inflation rating is considered a real-wage reduction. With all the factors mentioned above in play, we can understand why Singaporeans overwhelming prioritise their pay above all other aspects of their job, and 71% of respondents said that it is their highest priority.

According to the ministry of the Manpower group's (2022) report, 71% of companies in Singapore are poised to give a raise above 3%. However, the number drops down to 19% for those poised for more than 5%, which would be higher than the inflation rate, the amount for real-wage growth.

Also, according to a LinkedIn survey conducted by Reeracoen, 64% of Employees will leave the current company searching for a better opportunity elsewhere, while 15% will stay but negotiate for other perks. Only 20% responded that they would stay even when not given a raise in the next 12 months.

We understand that budgets are made beforehand with the amount of raise to be given in mind, which is not as flexible as the demand for workers' desire for a raise. Therefore, the rest of this article will focus on the research-driven analysis of how companies can justify the higher increase in wages and benefits for the employees to retain them better and minimise the loss of human capital.

Attracting workers
When it comes to attracting mid-career workers to come and work for your firm, there are three scenarios: first, they took a career break or left their previous employer early and searched for their next job. Second, they are still with their current employer but looking to make a transition. Third, they are promising people whom you want to headhunt from another company. When attracting them to your company over their current employer/your competitors, the fact of the matter is simple; your offer has to be more enticing than the others.

According to the above-mentioned ADP report, Singaporeans prioritise pay the most (71%), followed by Job security (54%), Flexible working hours (33%), and enjoyment/satisfaction (32%). However, with this being an aggregate, it does not show how different types of employees prioritise these different aspects based on their performance. A study conducted by d by Hausknecht, Rodda, and Howard that sought to find what employees prioritise in the study found that among high performers, Job satisfaction was the most prioritised (58%), followed by extrinsic rewards or pay and benefits (39%), Constituent attachment or the relationship they forge with their peers and managers (38%), and Organisational commitment (21%).
Under the rational-choice theory approach, we can say that an employee will join your company if they see more value (or utility) in joining the company; simplified, the equation will look as follow.

Let us assume that (a) is your company and (b) is the job seeker's current company; in this case, (θ) needs to be a positive figure for the person to make a jump to your company. Where benefit is the sum of value the individual job seeker places on items such as remuneration and benefits, Costs are stressor associated with it. Due to this process of looking for a candidate being a one of asymmetric information, items such as Company culture and employee relations (the job seeker's relationship with the colleagues and managers of the previous company) are unknowable.

The conundrum: When the budget cannot be higher
It would be easy if we could say, "Let us simply offer more salary to attract the workers." However, with the global instabilities, companies face problems with cash flow, growth, and targets that may prevent the salary budget from easily increasing.

As introduced earlier in Hausknecht, Rodda, and Howard's study, giving the promise of job satisfaction can be tricky. It is a subjective matter; different people will judge job satisfaction differently, and the same person's priority is what job satisfaction means to them over time. Nevertheless, we can gain knowledge from various studies to help increase the job satisfaction level of the employees. Benjaafar and Ramakirishnan (2010) found that occupational stress (the cost of staying at the workplace) drops by 70% for work flexibility for women, while a study by Teti and Mauri states that teleworking increases job satisfaction by 73% than without (similar result as Benjaafar and Ramakirishnan). The same study found that welfare targeted at children/working parents, such as in-office nurseries, increased satisfaction by 85%. This result was followed by promotional items such as transportation allowance, gym membership, or vouchers that increased job satisfaction by 50 - 63%, and items such as health screening and the company cafeteria was a minuscule impact of 10%.

Conclusion
It is often difficult to secure the necessary budget to raise the salary package or implement these welfare programs on the fly as an organisation. What is required is the buy-in from both the upper management and the rank and file workers who will be getting them. To do that, you need to understand well what the employees want and how many want it. Taking into account your employees' thoughts is important when understanding their level of job satisfaction. The strain your middle management makes a culture of frequent check-ins with their team members and makes sure concerns and desires are brought up well up the hierarchy.

However, this is not to say that these are ways to replace giving pay raises. If the budget allows, giving pay raises is a sure way to let you attract new employees while keeping the ones you have currently. Our suggestions in this article are more alternate ways when the pay raise has been given. However, you want to give a little more to ensure that your organisation can function smoothly without the hiccups of unfulfilled positions and loss of human capital.